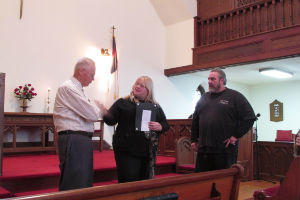 A $100 check was presented to Jim Davis  for the City Gate Mission. 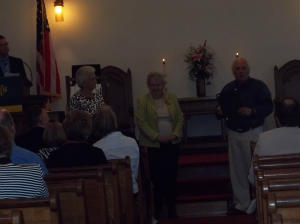 A $100 check was presented to Mary Ann Sutton for the New Garment Association. 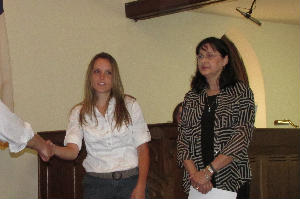 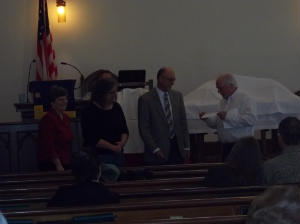 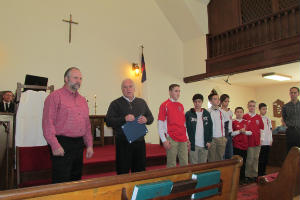 Rob Gilday on the left, next to him  is Elder Bob Weidenmuller,
followed by members of the White Clay Creek Soccer Club.
The Soccer Club received $100 from the church on behalf of Rob's enthusiastic service! 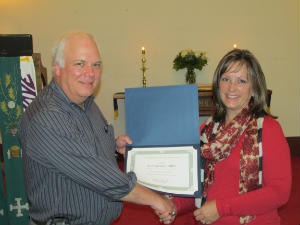 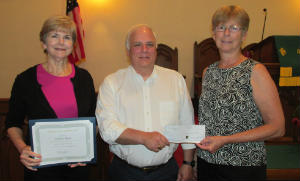 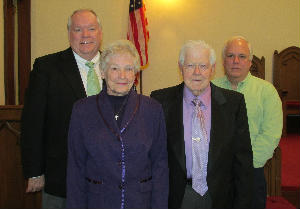